In what some might call, “A stroke of genius,” this bride and mother of the ring bearer, Roselee Sadek, had the idea to have her son ride down the aisle in a toy car. Seeing how Maxen wasn’t old enough to complete the trip by himself, they placed the tiny ring bearer in a classy, remote controlled car thinking it would be the perfect solution.

Unbeknownst to him, it’s generally expected that most ring bearers stay awake for their part in the ceremony, but this little guy had other plans. Either he missed his afternoon nap that day or the ceremony was just too boring for him, but in a moment of perfect comedic timing, Max fell asleep at the wheel of the car. 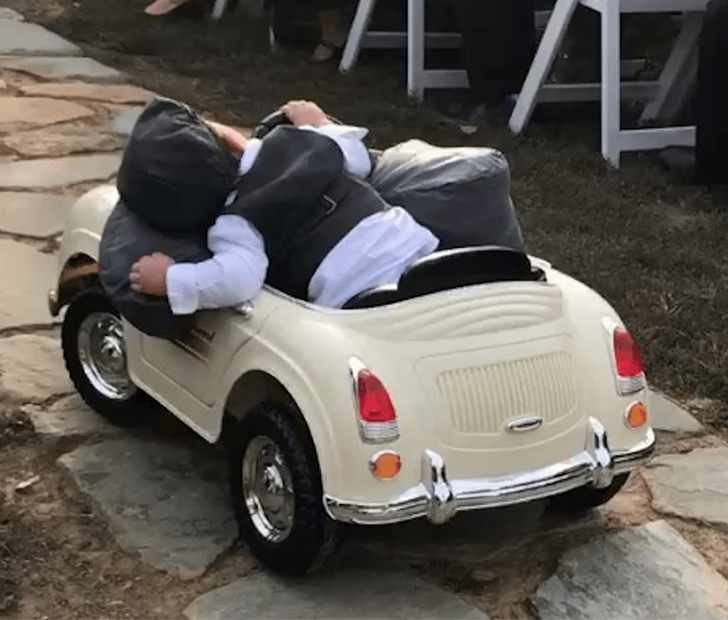 Not a single guest was upset about this adorable interruption and, thankfully, it was captured by multiple people so we can witness the hilarious moment as well.