Every good parent makes sure that they adequately document the progressive growth of their children (while some parents certainly go a tad overboard with their picture taking), and this Australian mother was no different. One day she decided to snap a quick picture of her 2-year old-daughter right at the end of their driveway. But when she took a closer look at the photo later on, she was nearly stunned from sheer fright.

Australia is well known for its numerous and savage wildlife, and the Dickinson family had seen more than their fair share of dangerous animals. Mostly, though, the wildlife just kept to themselves. On this day, however, her very young daughter came just a little too close to one of Australia’s most deadliest animals. 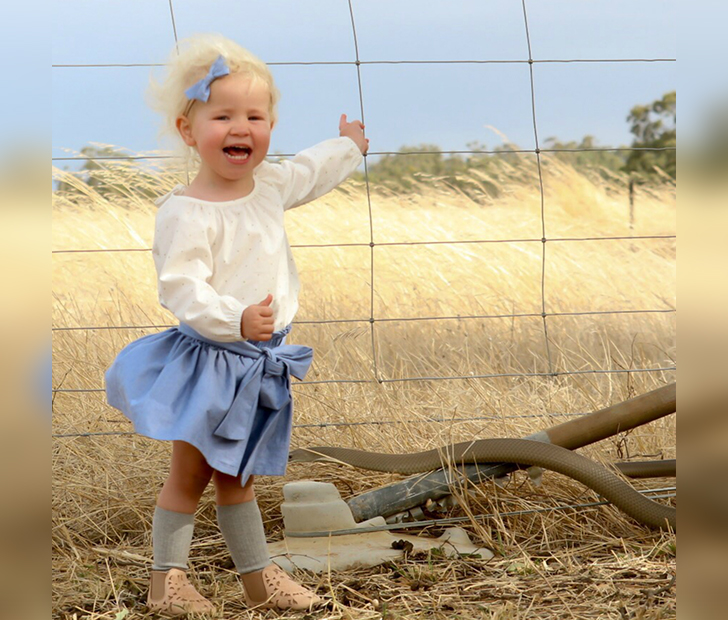 Can you see it? It’s easy to miss, which is exactly why it was never seen by the mom in the first place. Your eye is likely drawn to the long grass behind her, where you’re imagining a lion or some sort of other vicious creature lurking. But the even more spine-chilling thing about Australia is the fact that their scariest animals aren’t large, noticeable things like lions (lions aren’t even indigenous to Australia). They’re typically small enough to go unnoticed until you’re right on top of them, and that’s precisely what happened in this situation. 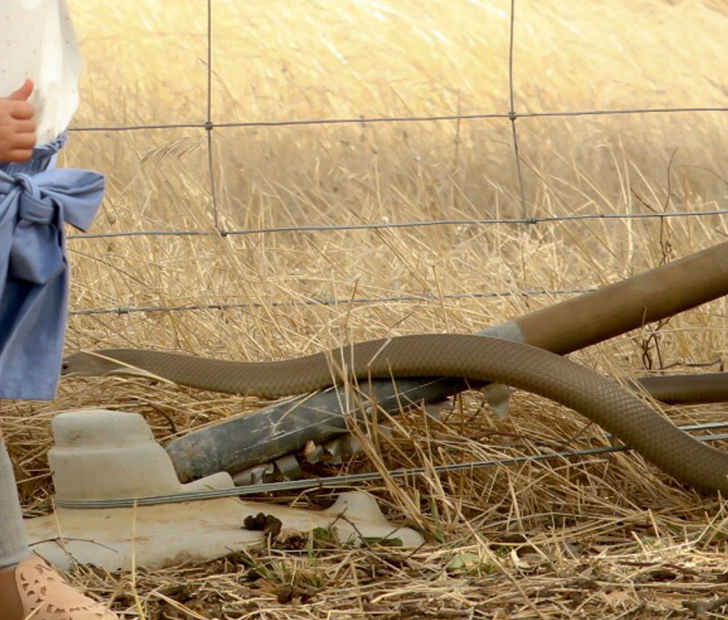 Just a mere few feet from her daughter’s legs was a very large eastern brown snake — the second most venomous snake on the entire continent. To get an idea of just how insanely lethal it is, just 1/14,000 of an ounce of the toxicity that comes from its mouth is enough to kill a grown person almost instantly. Imagine the devastating effects if the 2-year-old had been bitten!

This entire incident was a critical reminder of the dangerous creatures that we share this planet with. It’s all too easy to not pay close enough attention to notice something like a snake that blends in with the ground….only to realize it’s there when it’s already too late.

SHARE this article with your friends so they know to always be on the lookout for dangerous threats!