This bride ditched tradition when it came to her first look photoshoot with husband, Ean. Erin Goldberg said she and her then fiancé share a love for practical jokes and often pull pranks on each other. Goldberg had the idea to use this moment to prank her husband-to-be one last time before they were married.

The couple had it in their plans all along to do a first look shoot during the day, seeing how their ceremony was taking place at night. A few weeks before the wedding, Goldberg contacted her photographer, Molly McElenney, to get her thoughts on the prank. 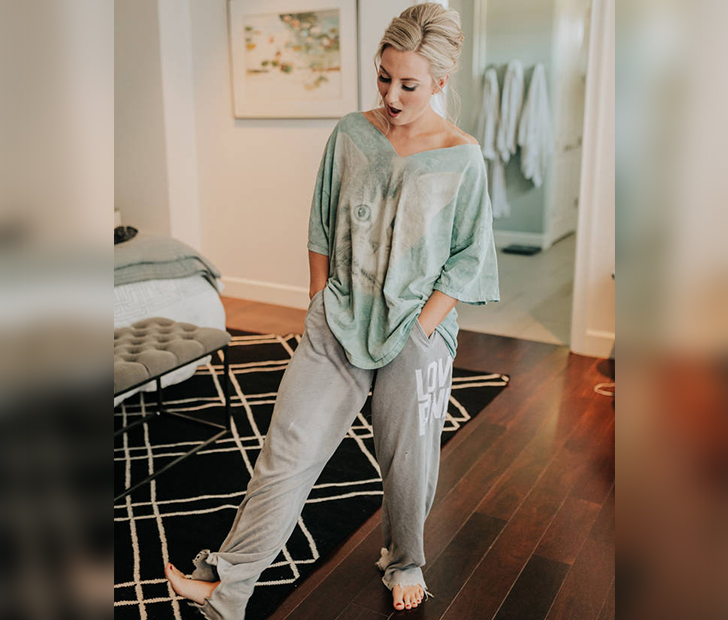 Goldberg wanted to dress down for the occasion and surprise her husband with quite the non-traditional but comfy look: Her cat pajamas and sweatpants.

“As soon as she told me about it, I knew we had to make room for it in the timeline because his reaction alone would be totally worth it,” McElenney said. “As I watched Ean turn around and see his bride in her cat shirt, I could not help but laugh,” she continued. “His reaction was priceless.” 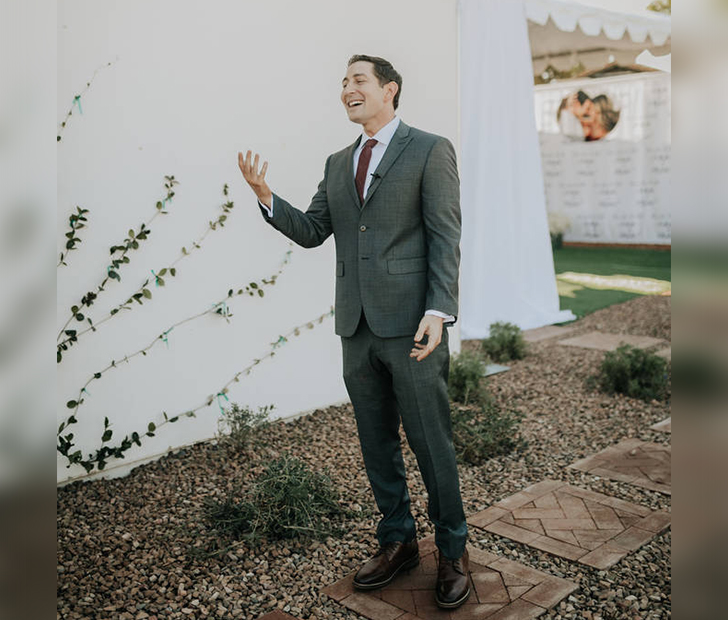 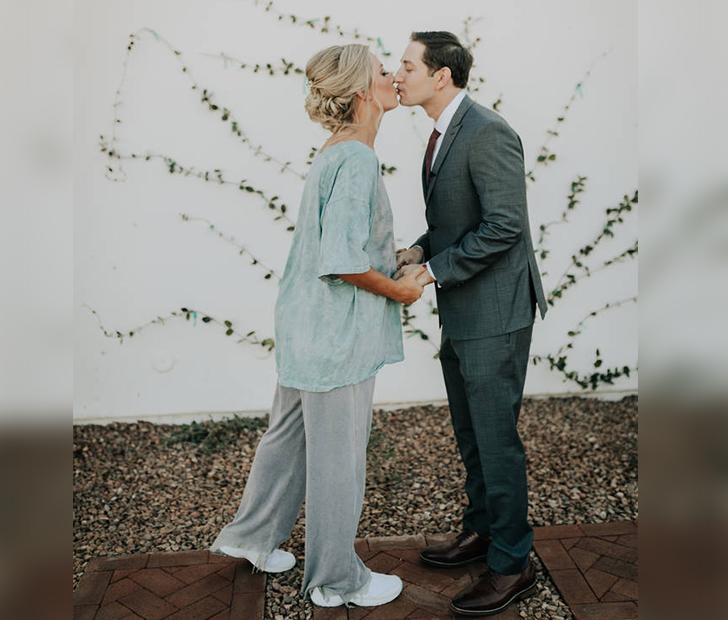 He definitely was confused when he turned around and didn’t see her in her gown, but quickly laughed it off saying, “Of course, I should have expected this!”

McElenney said this first look shoot was the first of its kind that she’s ever photographed or seen but felt it to be perfectly fitting saying, “It helped ease some of the stress of the day, and showcased how hysterical these two lovebirds are. It was unique and such a fun part of the day.” 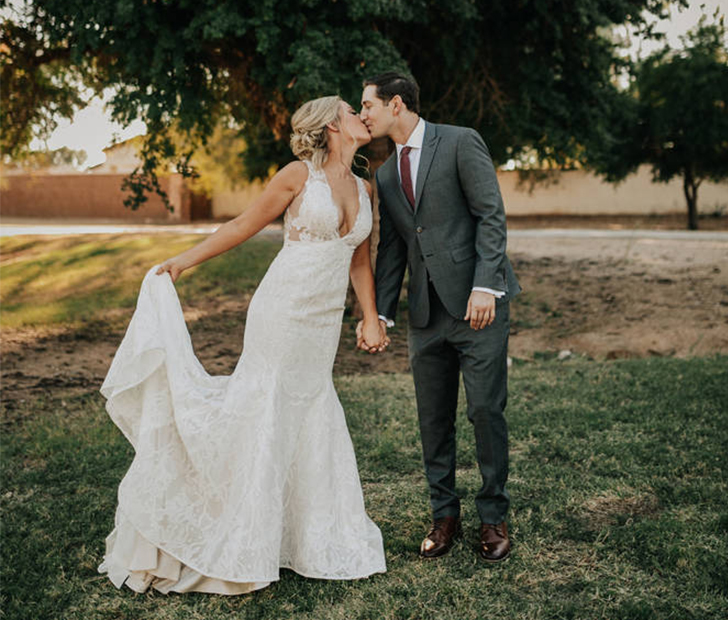