When soldier Chris Harris was deployed to Afghanistan, he and his wife, Britt, had been married for less than a year. It wasn’t long before Britt shared the happy news with Chris that they were pregnant, but before they were able to properly celebrate or even find out the gender of their baby, Chris was killed by an IED (improvised explosive device).

Britt was devastated but determined to include the men in her late husband’s unit in her child’s life. “I asked if they’d like to be the first to know the gender and they were really excited,” she said. “I told them I would ship confetti poppers or something and they could be the first to know and feel included.” 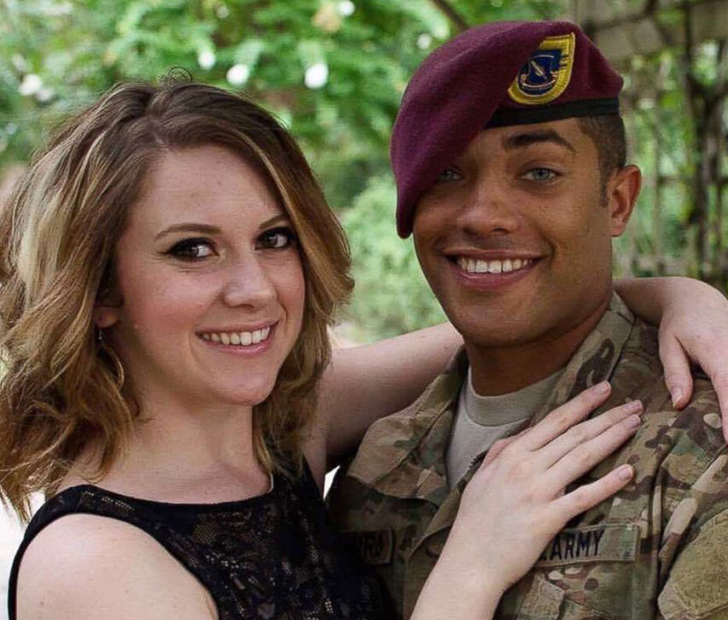 Britt’s decision didn’t come from a place of healing for herself, but rather healing for the men overseas that were having to deal with her husband’s death as well.

“I’m dealing with a lot and grieving but I got to take off work and go to counseling, but they didn’t get to. I didn’t want them to be forgotten over there,” she shared.

When the poppers arrived, the men had the wonderful idea to record themselves and share their reaction with Britt back home. The video was uploaded to YouTube by Joel Crunk and was captioned, “August 2, 2017, Chris Harris laid down his life for our country. His newlywed wife was expecting their first child. The [gender] reveal is in Afghanistan with the men who fought by his side. We are happy to welcome the new member of our company.”

An emotional Britt Harris shared the video to her own Facebook page and told a local news source, “I probably watched it 100 times myself. I was crying but smiling because their reaction was so wonderful.” The mom-to-be already has the name for her daughter picked out; Christian Michelle Harris will be named in honor of her father and to always carry his memory with her.