Florida Georgia Line singer Tyler Hubbard and his wife Hayley are expecting their first child, due in December of 2017. The young couple are extremely excited for the addition of a little one in their family, and they threw a gender reveal party in June, themed “Dirt bikes or Diamonds.” 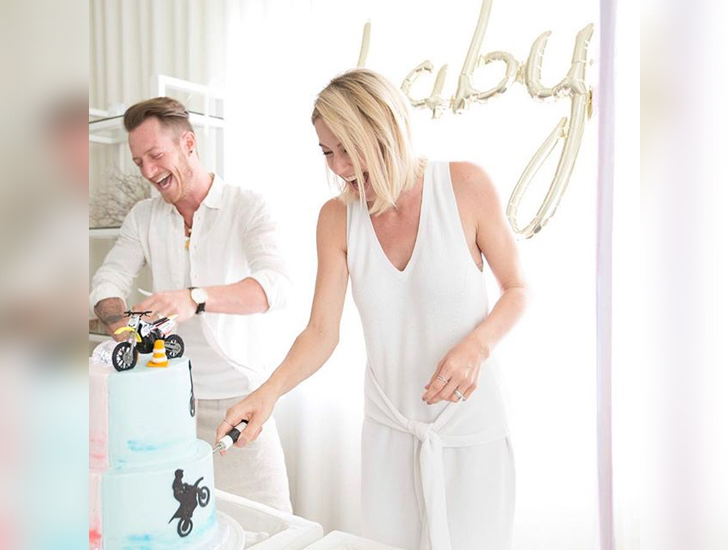 The elaborate cake was made and decorated by a bakery based in Nashville, Tennessee, called Crumb de la Crumb, and as the expectant couple cut the cake, they were overjoyed to see the inside dyed blue and learn that their first child would be a bouncing baby boy! 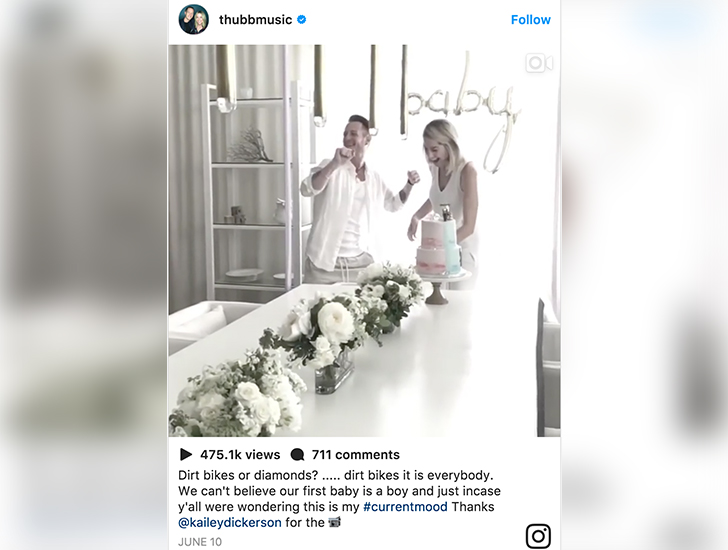 However, the couple revealed last Friday that their little bundle of joy is not actually a boy, but a girl. Apparently the blood test they initially took to determine the gender was incorrect. Tyler and Hayley both took to Instagram to share their news with their friends and fans.

“God’s got jokes……After thinking we are having a boy for the last few months, turns out the blood test was wrong and we’re actually having a little girl,” Tyler wrote on his post. “[Whoa]… so many emotions but really really excited about this next chapter even if God does like throwing us a curveball every now and then,” he added. “Just keeping us on our toes. #daddysgirl” 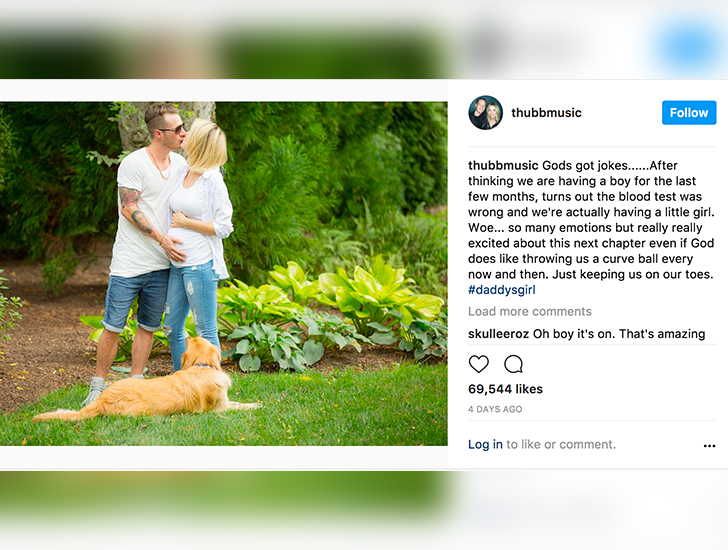 Hayley’s own Instagram post was very similar, with an adorable photo of Tyler kissing her baby bump. “Baby Hubbard’s keeping us on our toes & has another announcement to make!! It’s not a boy! It’s a GIRL!!!” wrote Hayley. “Our hearts are exploding with joy all over again! And shock! And excitement!” 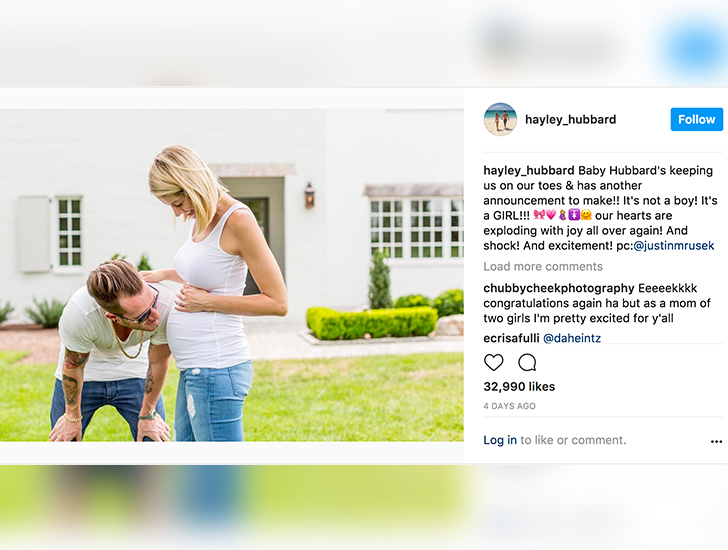 As it turns out, mistakes get made even for celebrity couples! The parents-to-be are beyond thrilled to start this new page in their lives, and they don’t seem to be TOO put out over having to redecorate the nursery a little bit. Guess it’s diamonds over dirt bikes after all!

“We’re really excited. We got a lot of support and love around us. It’s a cool time for us, and it’s a new chapter that we can’t wait to open.”

Are you as obsessed with this adorable couple (soon to be trio) as we are? SHARE this article with all your Florida Georgia Line-loving friends on Facebook, and don’t forget to COMMENT with your reaction!