Fixer Upper Stars, Chip And Joanna Gaines Are Pregnant With Their Fifth Child

Following the recent news that the current season of HGTV’s hit show, Fixer Upper, would be its last, fans immediately started having separation anxiety as they realized their favorite TV couple would soon be absent from their television screens. When Chip And Joanna Gaines announced the show’s end, they stated that their reasons for leaving were to focus on their family and other business ventures that had been suffering due to long hours spent filming Fixer Upper.

Now, this pregnancy makes things even clearer for fans. A newborn requires your undivided attention and, with four other kids, both Chip and Joanna need to be home to give their family the love and attention it deserves. Can we really blame them for that? 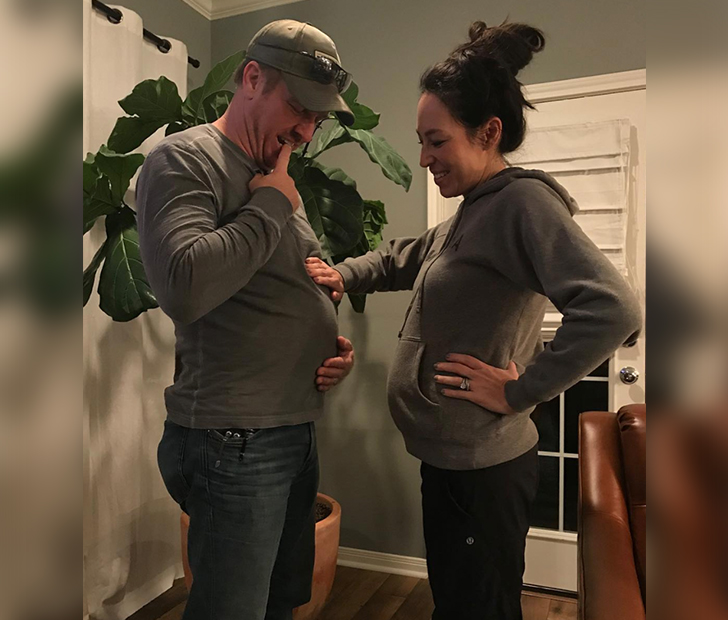 After dropping quite a few hints, the couple officially announced their pregnancy via this comical photo posted to Chip’s Instagram account. The caption read: “Party of 7,” he wrote. “If you’re still confused … WE ARE PREGNANT.”

Chip and Joanna will surely have their hands full for the time being, but we couldn’t be happier for them and their growing family. Who knows if it’s their last, but perhaps once their latest little one is a few years older, they’ll look into bringing back Fixer Upper for all of their fans. Here’s hoping!