The wedding was going to be beautiful and Jenessa McKillen was set to spend the rest of her days with her husband Brad. There was only one thing left to do. They had to take the wedding photos to commemorate the special day.

It was a nice sunny day in Ontario, Canada where the couple got married. They actually got married in a local hall. But Jenessa wanted to take the wedding photos first before all of the ceremonial activities would begin. It’s not good luck to see the bride before the wedding day.

But they threw tradition out the door and went for it. After all, that’s just an old myth and people don’t believe in those kinds of things anymore. Maybe they should have paid better attention. What was about to happen is something that will stay with them forever. 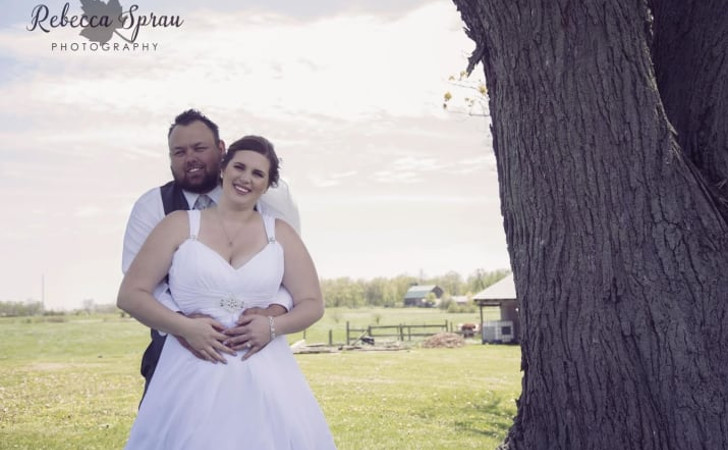 On the farm where Jenessa grew up was where her wedding photo shoot would be held. Wide open fields and nothing but beautiful scenery–that’s the perfect backdrop for wedding photos. They took a nice one by a tree. It looked like they were so much in love. That’s what wedding pictures are all about.

Then, they moved around the farm to take other pictures. They have a great one with the field behind them just overlooking the fence that keeps the farm animals in their place. They’re just innocent animals on the farm who mind their own business and do what they have to do.

They Take Some Good Photos, Though 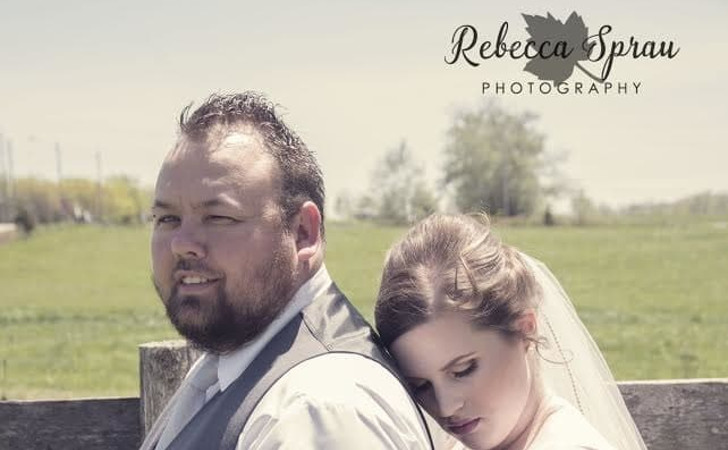 That’s the thing, though. Farm animals really don’t care about the world around them when they’re doing what they have to do. In one particular photo Jenessa thought would be special, they posed in front of the cows.

The cows didn’t know they were there. They had no idea it was Jenessa’s wedding photo shoot and they couldn’t care less. Let’s just say, love was in the air.

Come On, Honey! One More In Front Of The Cows… 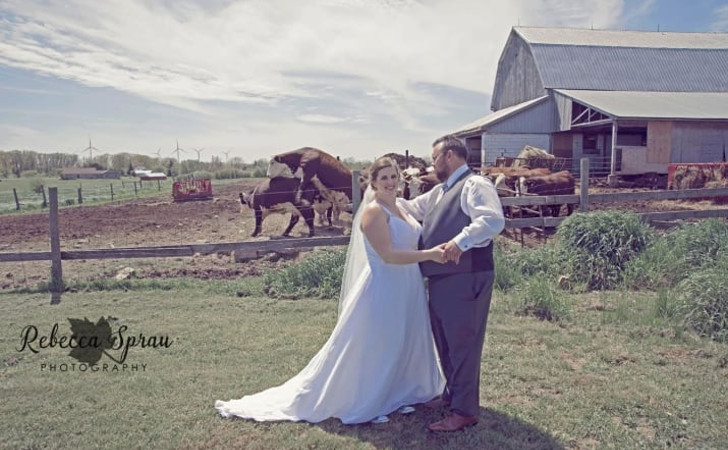 Of course, Jenessa and Brad were in love. But that wasn’t the only love going around. No one happened to notice until the photos came out, but there were some cows who were feeling the love too! Now that’s a photo shoot they will never forget!

Love Is In The Air 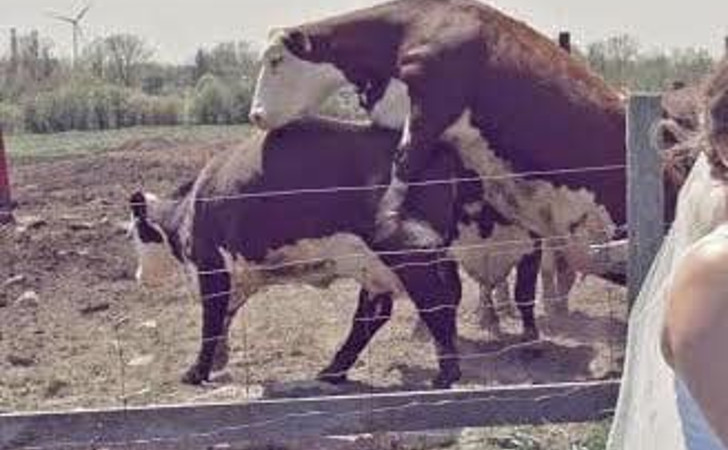