Last Friday, the First Lady – on her first official tour – arrived in Sicily in a coat that could be described as “flowery.” Her dress was a very lovely cream-colored shift dress, but her rosette-embellished Dolce & Gabbana coat left a little more room for fashion criticism. The $51,500 coat (accompanied with the $1,630 matching clutch) was also worn when Melania met the Pope earlier in the week as well as in Brussels where she met the spouses of NATO constituents. 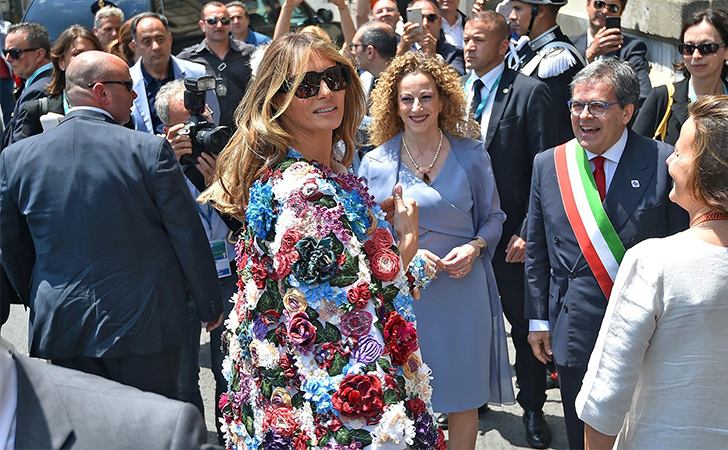 The president was attending a G7 summit in Sicily, and it is common practice for a First Lady to wear attire made in the country they’re visiting. Additionally, Dolce & Gabbana designer Stefano Gabbana has expressed his support for Melania wearing his design.

The coat was featured in the fall 2017 runway show. Its inside design, however, more matched her dress as opposed to the original coat’s blue inner lining. It isn’t yet available for purchase, so it’s more than likely that it was made specifically for her. 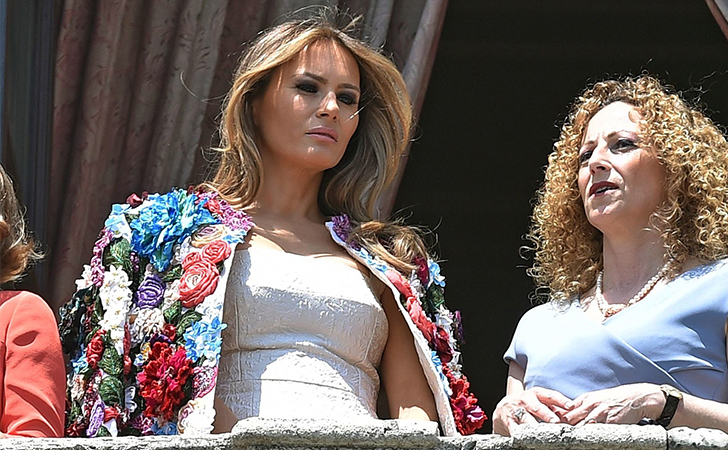 While recent history with the first family would indicate a large amount of backlash for the coat between one political side against the other, the general consensus amongst many has been that the coat is very tasteful and elegant. Although, one very fair complaint about the coat has been its hefty price, which cost more than some middle-class Americans earn in a year.

Still. Who’s to say how someone can spend their own money?

What do you think of Melania’s Italy dress and coat? SHARE this article and make sure to leave your thoughts below!