Everyone has their own Memorial Day tradition. Some people grill out at the house. Others go to see concerts in the park and enjoy evening fireworks. That’s some normal stuff you can expect from normal people.

But no one ever said Pink was normal. And whoever marries her should have known going into the relationship that their life was going to be far from normal. This Memorial Day did not disappoint.

Pink is married to Pro Motocross Carey Hart. He used to race motorcycles on the pro level. Now, he races off-road trucks. So it goes without saying that Carey does appear to be on that level with Pink. He has the edge to keep her interested and happy. 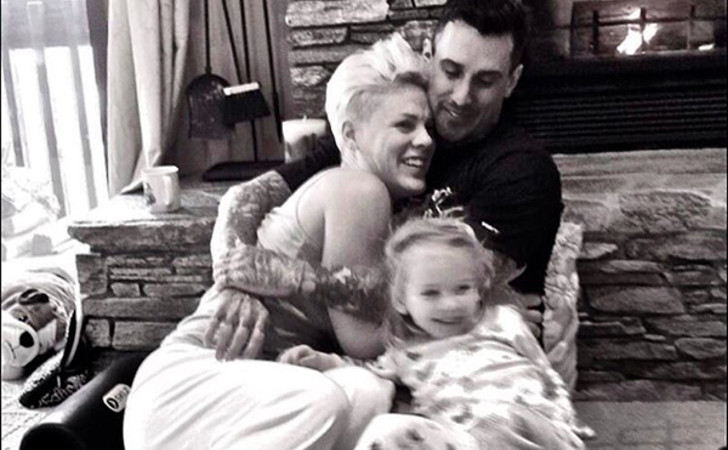 In fact, it was she who proposed to him. The two had been dating since 2001. Three years later, they were at one of his races when she held up a sign that read, “Will You Marry Me?” Now, isn’t that something? You have to be something special for someone as awesome as Pink to propose to you.

Even though the two have gone through some marriage troubles, they’ve fought through them like the champs they are. They went through marriage counseling after Carey’s brother lost his life in a motocross accident. As they battled through that tragedy, they also battled through their marriage issues and came out stronger than ever. 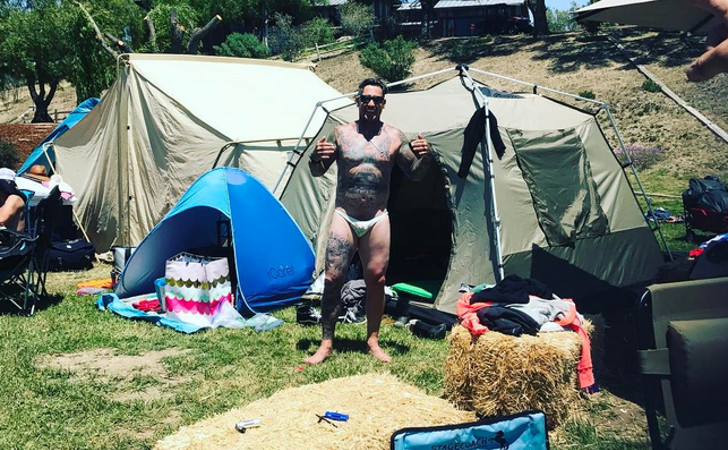 Now, they have two children together and they couldn’t be happier. That is until Pink snapped a picture of Carey Hart while they were camping for their Memorial Day celebrations. Actually, Hart doesn’t seem to mind the private photo Pink shot.

He hardly has a choice. She shared it on Instagram and now the whole world gets to enjoy it. Fans thought he was covered from head to toe in tats. But this photo reveals he may need some more work. He still has some skin that doesn’t have ink. He might want to get on that!