Talk about a series of unexpected events! When sisters Corey Struve Talbott and Katie Struve Morgan discovered they were pregnant at the same time, they never expected to give birth to a set of twin cousins.

The pregnancies were Katie’s third and Corey’s second and nothing could have prepared them for such crazy birthing stories.

It began days before Christmas 2015. Corey thought she might have been pregnant and that’s when she confided in her sister Katie, who convinced her to take a pregnancy test. Minutes after finding out that she was expecting, Corey got an even bigger shock. “[Katie] was like, ‘Well, you’re not going to believe this, but I am pregnant too, I was going to surprise the family.’” 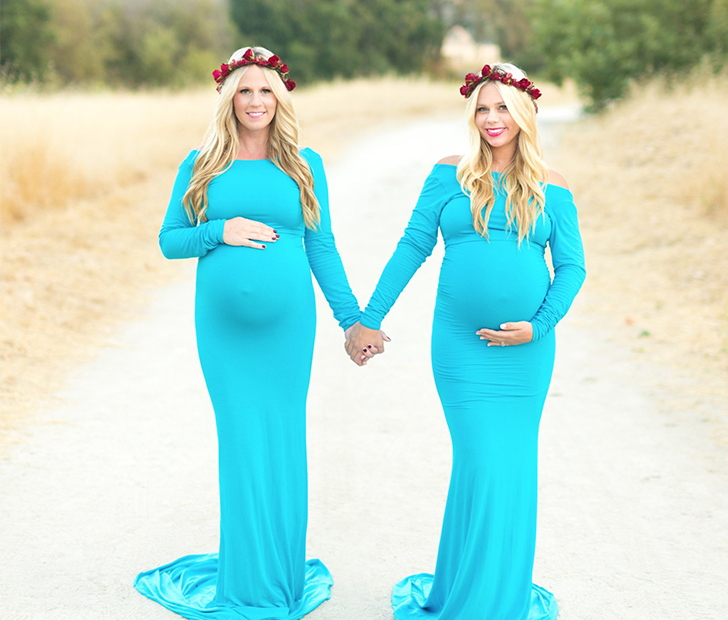 The two ladies saved the shocking news until Christmas day when they sprang the double-baby-blessing on their family. Corey and Katie called themselves the “sticky sisters” because of their closeness and, now that they were both pregnant, it was time to take full advantage of the sisters’ best friendship. In honor of celebrating their dual pregnancy, there was a maternity shoot in, of course, matching teal dresses.