Slut-Shaming Still Alive And Well In The Good Old U. S. Of A.

Can you imagine going to the mall in similar clothes to what everyone else is wearing, but you get picked out of the crowd to be slut-shamed? It seems like every step we make forward, there are a few people taking steps backward. Hannah PeWee is the latest slut-shaming victim, but she’s not keeping quiet about it.

It’s understandable that a mall would have a dress code. You can’t walk around naked. That’s the beginning of a dress code. Where they go with it from there can get ridiculous if they let it.

Woodland Mall Security approached Hannah PeWee because of the way she was dressed. They told her that she had to leave. This was all based off of the complaint of one anonymous person.

Wow! Slut-Shaming Is Still A Thing…

Can you believe that? She was wearing a tank top with shorts and a pair of ballet flats. That was pretty much the theme of the day for everyone. But mall security kicked Hannah out of the mall.

For some reason, there’s a strange vibe that there might be something else going on here. But let’s just assume it was only about the clothing she was wearing. She called it a form of slut-shaming and it’s not acceptable.

It’s as if we still live in a world where men can do what they want and wear what they want, but women are getting checked. There was a day when it was someone’s job to patrol the beach and measure women’s bikinis to make sure they weren’t too short. This isn’t that far from that.

It Just Doesn’t Add Up

So, Hannah posted about it on Facebook. Not only has her post received over 25,000 likes and about 12,000 shares in addition to all the comments, but the mall reached out to her with a sincere apology. They even asked if she would call them and they could deliver their apology in person. They further said that they were going to make changes to their dress code and train their security on how to better handle situations like this one.

So, she was shamed. But there might be some good out of it. At least, from that mall anyway. The problem is with that anonymous complainer. Someone who needs to realize that it’s 2017 and women aren’t property anymore.

Would You Have Said Anything? 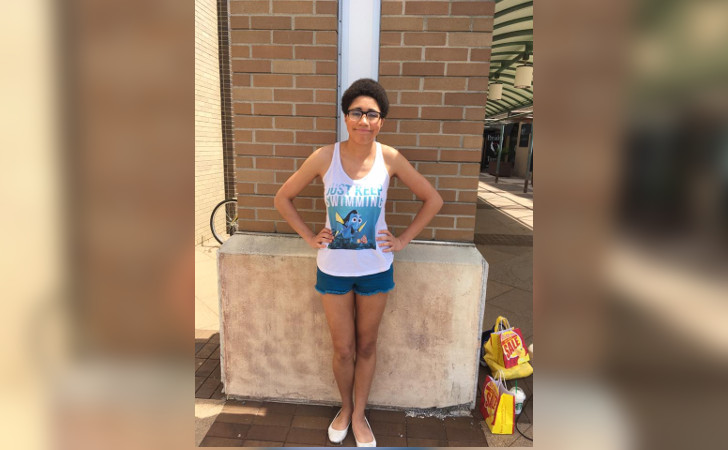