This Dog Was Too Nice For Police Work, So They Gave Him a New Job

German Shepherds are known for their ferocity when it comes to police work, but Gavel was no example of a typical police canine. He was all set to become the next outstanding member of the Queensland Police Service Dog Squad in Australia, but his training was cut short after just a few weeks. The reason? He was too nice. 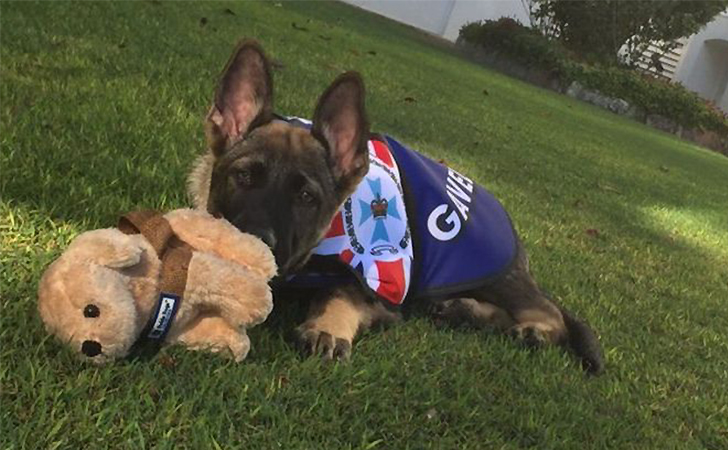 Gavel was no killer. He couldn’t even harm a toy. So the Australian police force had no choice but to find a better purpose for their sweetheart of a pup. He fortunately did eventually find a home….in the governor’s mansion!

The governor of Queensland was so enamored by how playful and kind the dog was that he offered him permanent residence and promoted him to “Vice-Regal Dog!”

He may have missed out on becoming a QPS Dog, but Gavel clearly has the characteristics necessary to be Queensland’s official Vice-Regal Dog #maroontothebone 🍖

“He has outgrown four ceremonial coats, undergone a career change….and brought untold joy to the lives of the governor, Mrs. de Jersey, Government House staff, and the thousands of Queenslanders who have since visited the estate,” Governor Paul de Jersey told the BBC.

To make his promotion official, Gavel gave his own paw print of agreement.

It’s official! #Gavel’s duties include welcoming guests and tour groups to #Fernberg, and having an official presence on certain ceremonial occasions. #ViceRegalDogLife

Now Gavel welcomes guests and tour groups to the mansion, participates in ceremonial occasions, and otherwise brings unparalleled joy to all who come into contact with him. “We hope Gavel’s with us for a long, long time into the future,” said Governor de Jersey.

SHARE this article if you find this inspirational tale as delightful as we do!