Your wedding day is arguably the most important day of your life. Every little detail has been planned out for months and brides pray for the whole day to go off without a hitch. This couple didn’t exactly get the wedding day they had envisioned but one that was more special and heart-warming than they could have hoped for.

Clayton and Brittany Cook were strolling around a park near Kitchener, Ontario where the setting was just right for their wedding photos. “We were walking around getting our pictures taken and I had stopped to get pictures just of me taken,” Brittany said. “Clayton was waiting by the pond, waiting for his turn.” 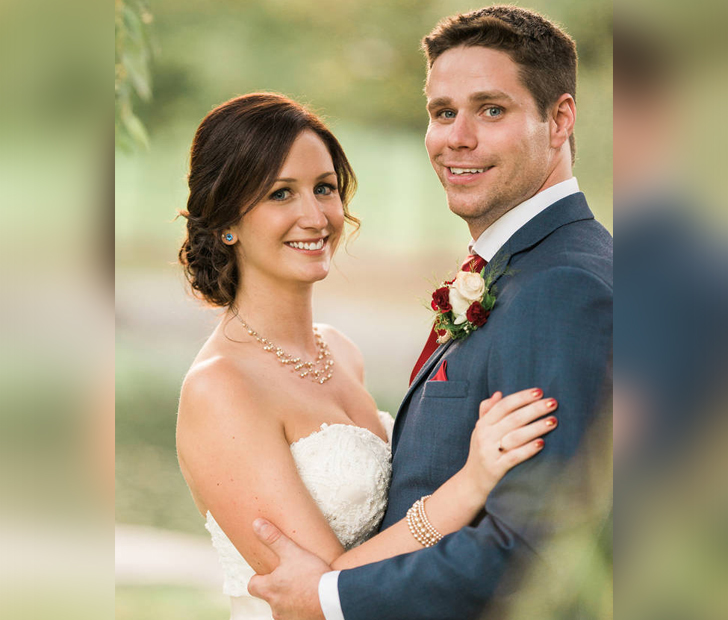 Clayton had noticed a small group of kids were enthusiastically following them, acting as personal cheerleaders and just enjoying being part of the process in some small way.

Clayton said: “I walked over and they were looking down in the water. That’s when I saw the boy in the water struggling to keep his head up. He was swaying his arms quite a bit. That’s when I was able to jump down and was just able to reach his hand. I yelled at him, ‘grab my hand, grab my hand.’”

With the swiftness of a superhero, Clayton jumped in without a second thought to his suit and saved the boy. 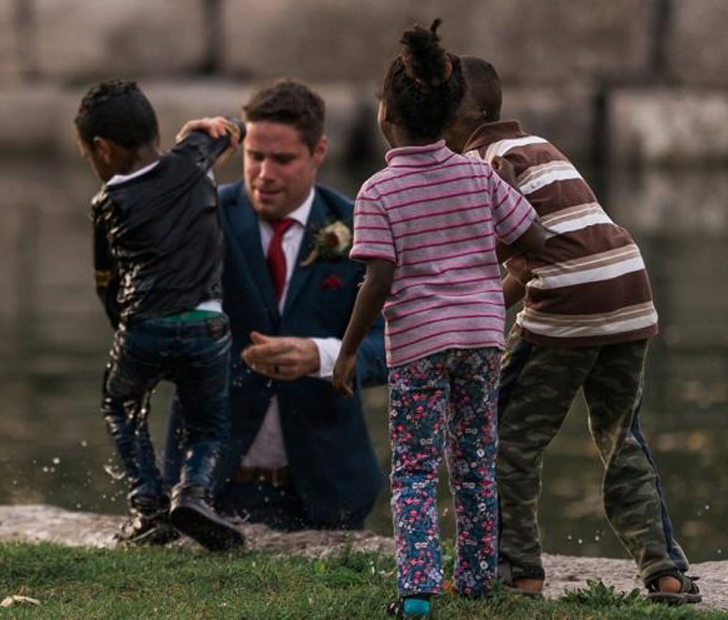 “He was in a lot of shock,” said Clayton. “I think he was fighting for longer than I even thought.”

Once Brittany and the photographer realized what had happened, the focus immediately turned to them and they were able to capture a few shots of the rescue.

“It’s a happy story and that’s why I like promoting it,” he said. “There is a lot going on these days and it’s a good story and everyone ended up safe and that’s what’s important.”