Sometimes you just can’t make it to the hospital in time. That’s what happened with Aurora, Colorado resident Rosa Martinez when she started going into labor earlier than expected. Her mother was living with her to help out with the pregnancy and was the only one around, so the two loaded into their Pontiac Grand Am and were headed for the hospital, which was 10 miles away.

Along the way they ended up having to be rerouted, one of the worst things that could happen while trying to get to a hospital, and then Martinez’s mother ended up taking a wrong turn. Though it seemed disastrous, it was something that ended up being a blessing.

As her mother rounded a street corner, she had to stop in order to deal with the very much in-pain Martinez in the back seat — right in front of a Dazbog coffee shop where two midwives from the University of Colorado Hospital just so happened to be walking in. They heard the screams of pain coming from the car and, recognizing it, went to offer their assistance. 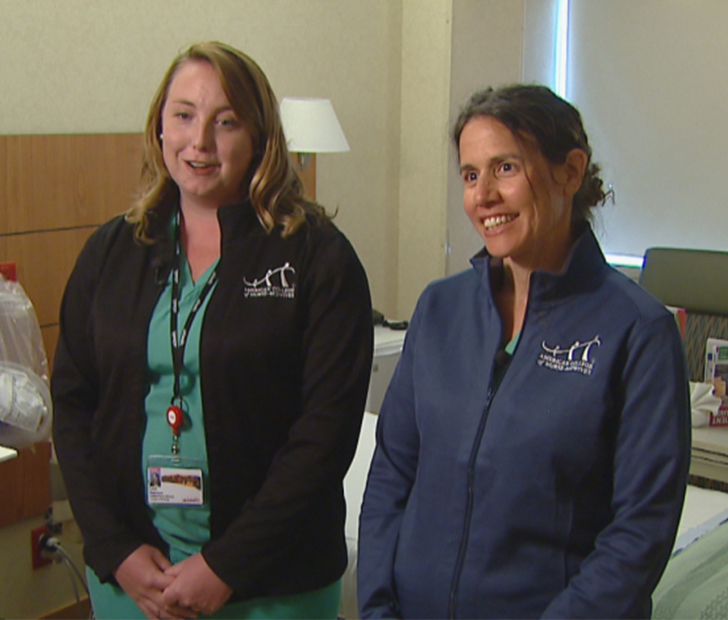 One of the midwives had 16 years’ experience while the other one had just started her first day. Talk about a hectic first day! “That’s what we come to work to do and it just happened to be in a very different location than I expected today,” they said. Fortunately the baby didn’t put up too much of a protest and came out in one push.

Once the baby was born, Martinez and her mother made it to the hospital in order to ensure that everything was alright. Once her husband got off of work he rushed down to the hospital where the two decided on a name for their baby girl. Pontiac was his suggestion, but they eventually settled on Starla since she was a famous star on her first day in the world.

SHARE this with all of your friends so they can hear about this incredible coincidence!